The Team Behind Our RHS Chelsea Design 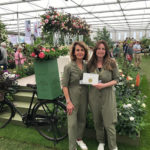 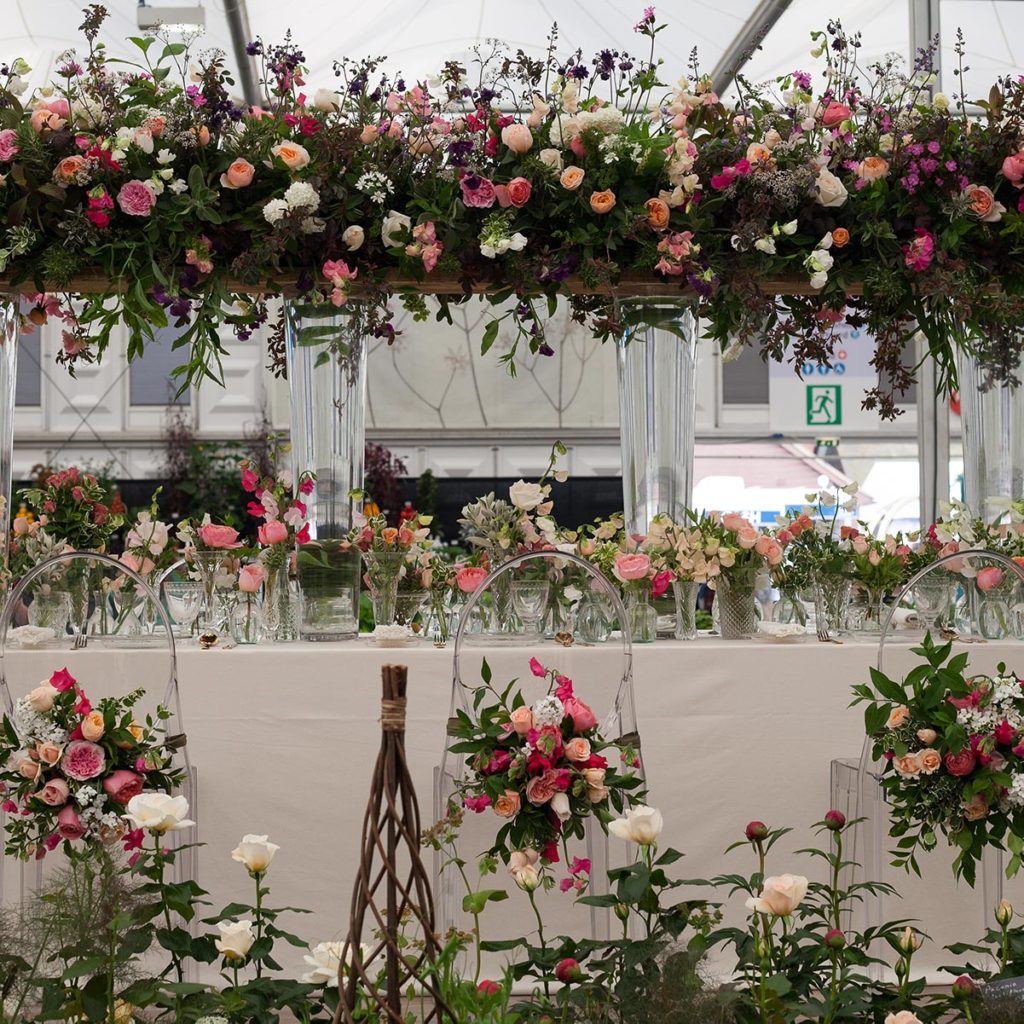 This year marks our 20th anniversary and Rosebie, our founder, was clear from the start about how she wanted to celebrate. It had to be an installation in the Great Pavilion at the RHS Chelsea Flower Show – a first for us. Rosebie really wanted to share the story of our flowers from farm to vase and spread the word about scented, homegrown seasonal flowers. It was also the chance for our extremely talented team of florists to show their work on a larger scale. 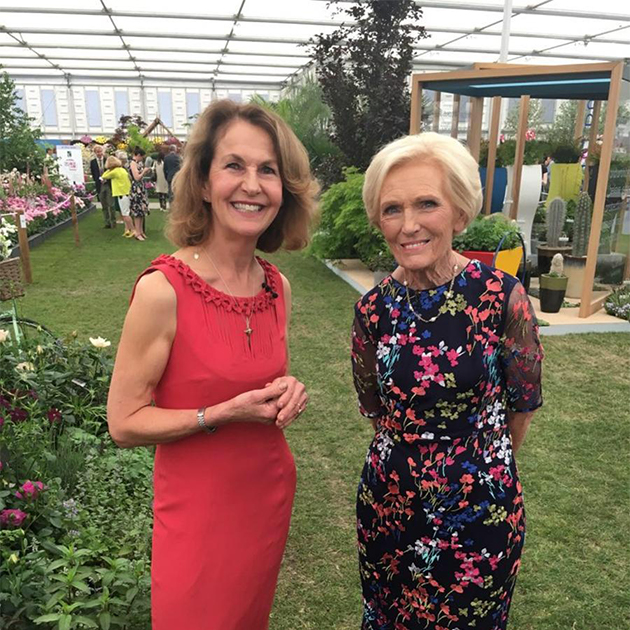 We wanted to take a moment to thank everyone who was involved – there were so many people who played a vital part – including every member of the team here at The Real Flower Company. As a small, independent business it felt like such a great achievement to have our work shown on BBC1 when Mary Berry interviewed Rosebie for the first day of highlights from the show. You can watch the 3-minute interview on BBC’s iplayer here (skip to 19 minutes for our segment).

Jo Shapiro, from our trade team, led the project and was Rosebie’s right hand for the six-day installation followed by six days at the show. “Jo’s work ethic and commitment has been second to none,” says Rosebie. “Jo has worked so hard for the past five months and has been just fantastic throughout.” 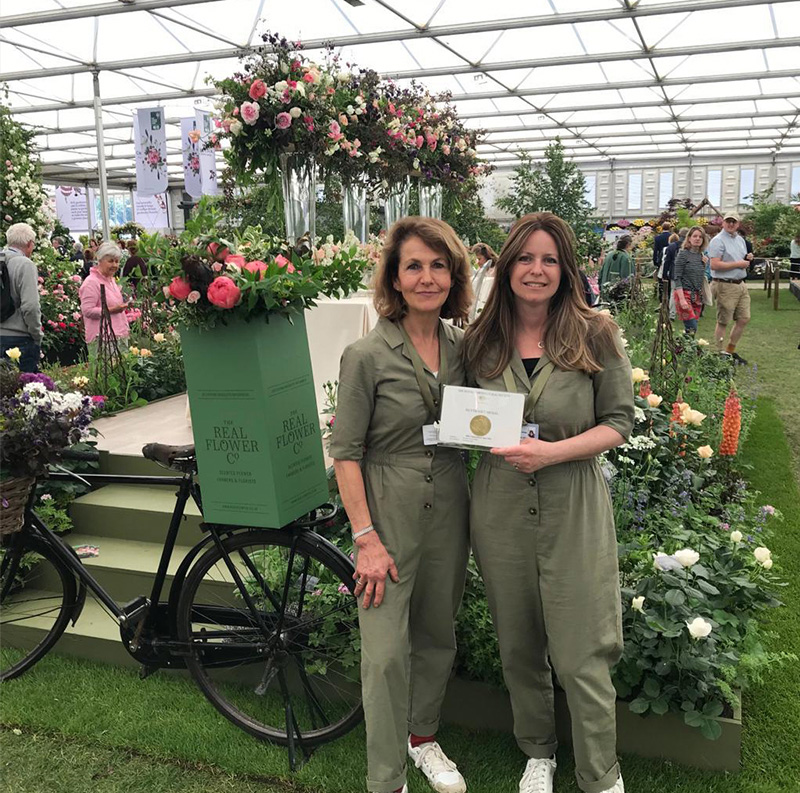 Our lead florist Jay Archer created the design for our floral installation: “Rosebie was clear on the message she wanted to portray – field to vase – and we had to encompass every part of our business in this, including weddings and events” explains Jay. “It was a pleasure to be part of the design and the team who executed the installation on the day, Seana, Catherine and Nancy did it to perfection. I’d also like to thank the workshop team at Durleighmarsh, who have been a massive support to me.” Seana added that: “it was the highlight of my floral career to be involved in such a gorgeous installation”.

The flowers for the installation were grown by Rob and the team on our sustainable Hampshire farm and Gerry and his team close by in Birdham on our English sweet pea farm. Maggie and Tim Hobbs and their team at our Kenyan sister farm, Tambuzi, grew the Fairtrade scented roses (the most ethical and sustainable option outside of the English season). The roses for the ‘field’ part of our installation were grown by the wonderful team at Harkness and the rest of the farm plants came from Robin and the team at Hortus Loci.

Louis was a huge help to Rosebie and Jo during the installation and was endlessly patient. Rosebie’s sister-in-law Louise was a vital pair of eyes and so generous with lending a hand in the enormous task of planting the ‘farm’. We wanted to thank Alan Tate who built the structure of the stand and installed it. Friends of the company, Josie and her mum kindly made the bespoke table cloth and our van driver Gary was not only responsible for all of the deliveries but also helped us with the daunting task of taking everything down at the end. Rosebie was hands-on from start to finish (as you may have seen when Mary Berry takes a closer look at Rosebie’s hands during the BBC interview!). As well as providing the vision, Rosebie was instrumental in the execution and worked tirelessly alongside Jo. Rosebie was at the show from 8am until 8pm each day, making sure she met as many people as possible.

We also wanted to thank our team who helped spread the word about Real Flowers throughout the week. Thank you so much to everyone who stopped by the stand or left us a comment on social media. We were blown away by the support and it really did make all of the long, long days and achy muscles worthwhile. It was also the chance for our extremely talented team of florists to show their work on a larger scale. We are awarded a prestigious Silver Gilt medal for our exhibit by the RHS Chelsea judges. 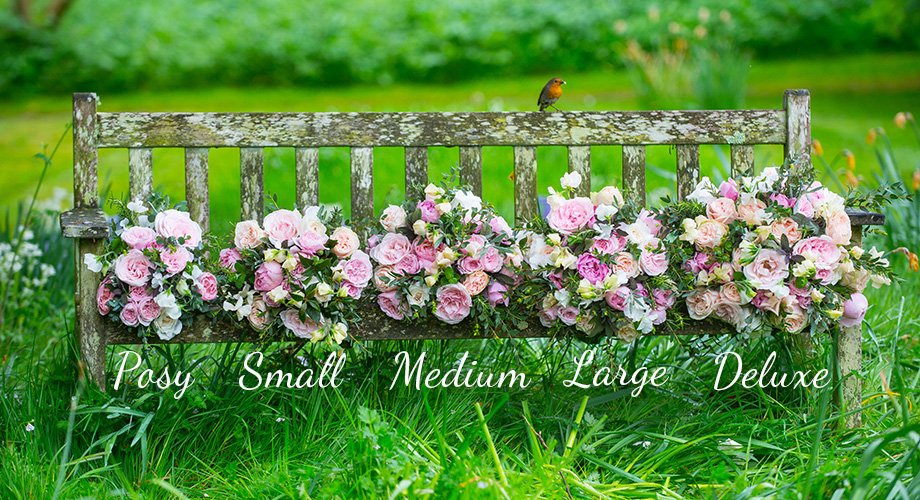